What Is Lisk Cryptocurrency?

Lisk is much like Ethereum in that it uses blockchain to create a network infrastructure. This infrastructure can be used by developers to build applications on top of it. Developers can gain access to the features of a blockchain network without building one themselves. Essentially, these platforms are providing blockchain technology as a service.

Smart contracts will also be incorporated into the Lisk blockchain. Smart contracts are computer programs that facilitate the execution of a contract without the need for human interaction. This feature is a vital part of a blockchain network that functions in a way that Lisk does.

Applications built on the Lisk cryptocurrency network can be written in JavaScript. This makes Lisk very unique within the cryptocurrency market. JavaScript is the most popular computing language in the world right now and most developers have a good understanding of it. Developers would be able to use the Lisk platform without having to learn another computing language. 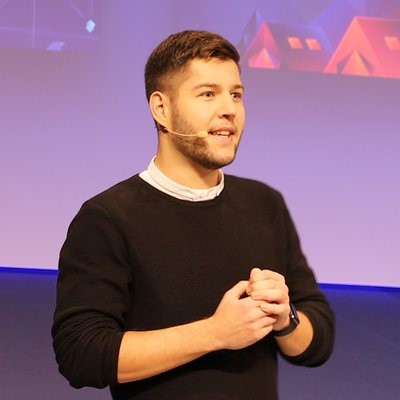 The Lisk cryptocurrency project was founded by Oliver Beddows and Max Kordek. Both function as the development leaders at the moment. Both have prior blockchain application experience with the Crypti project, which they left in January 2016. From there Oliver and Max worked to update the underlying code and add brand new features to it.

Oliver and Max are not the most experienced players in the space. However, their development of the previously lacking Crypti code does demonstrate their potential. They were able to transform a broken platform into one that attracted world class advisors and large amounts of funding. The track record is not extensive but the achievements have been an encouraging sign.

The Lisk cryptocurrency project is not made up of only Max and Oliver. The team is composed of a variety of different developers and business personnel. These employees were hired directly by Lightcurve, a company that Oliver and Max created. Lightcurve is a “blockchain strategy consultancy, development studio and marketing agency in one…”. It’s through this company that Max and Oliver hire and interact with partners and other outside parties.

Who Is Lisk Partnered With?

Charles Hoskinson has a long and successful track record in the blockchain and cryptocurrency sector. He is the creator of BitShares which is the first cryptocurrency to utilize the Delegate Proof of Stake consensus method. Lisk uses a similar system to reach

consensus and create blocks on the blockchain. From this perspective he will be extremely helpful to the Lisk team.

Charles is also a co-founder of the Ethereum network and he served as it’s initial CEO from December 2013 to June 2014. He has seen a project go from just an idea to something that is functional and produces value.

He is the current CEO of Input Output HK. The firm hosts one of the largest cryptocurrency research divisions in the world. There main project, Cardano, is one of the top 10 most valuable blockchain networks in the world at the moment. Charles is a man with alot of experience and resources.Any team working with him will benefit from each.

Steven Nerayoff is a prolific entrepreneur, venture capitalist, and attorney. He is the founder and current CEO of Maple Ventures, a venture capital firm which focuses on blockchain related projects.

He also helped work on the Ethereum project in its early days. He advised the project on a variety of different legal issues and created the initial legal framework for the project. He co-drafted the token crowdsale model which set the standard for ICOs that came afterwards.

From a legal standpoint very few people know this space as well as Steven does. Both his and Charles’s experience with the Ethereum project will be key to driving Lisk towards success.

Lisk has also teamed up with a variety of outside organizations. In March 2016 Lisk was integrated into the Microsoft Azure cloud service. This means that developers from all over the world can test, develop, and use applications deployed on the Lisk blockchain.

There are a lot of competitors in the blockchain-as- a-service arena:

Keep in mind that some data may be difficult to acquire for cryptocurrencies that utilize blockchain networks that are less mature. If data is incomplete or assumptions are being made it will be clearly stated in this section.

Currently the Lisk network processes about 2 ½ transaction Lisk cryptocurrency per second. This comes out to around 216,000 transactions everyday. This is comparable to some larger and more mature blockchain networks. For example, Bitcoin can process about 280,000 transactions per day at the time of writing.

However, Delegate Proof of Stoke Consensus models are very efficient and the team is confident that the amount of transactions that can be processed per second will increase in the future.

Currently the Lisk network operates using a flat transaction fee of 0.1 LSK. This means that transaction fees are a little over $2.00 at the present moment. This is comparably low to other more mature blockchain networks.

The team has made it a priority to move away from the flat transaction fee and this software update will be implemented in Q1 2018.

Mining or approval distribution determines if the ability to approve transactions is centralized or decentralized. The Herfindahl-Hirschman index (HHI) is a commonly accepted measure of market concentration. We use this to analyze the distribution of approval power in a network. Amounts less than 1,500 preclude a competitive environment. Markets with HHI of greater than 2,500 are considered to be highly centralized.

The Delegate Proof of Stake consensus system creates by design an extremely decentralized approval system. The HHI for a DPoS system in which there are 101 delegates is 99. This is well under the threshold of the 1,500 needed to be deemed competitive.

Is Lisk Cryptocurrency A Good Investment?

Lisk had an amazing run over the last year and we expect the coin to move closer to the top 10 coins by market capitalization. A strong team is in place and the group of advisers that have been compiled will provide all the resources needed to make sure this project is a winner.

The use case is solid and serious growth has been seen from a product standpoint. This allows investors to feel comfortable that the team can achieve their goal. Of course, there are a lot of competitors in this space. But Lisk is either positioned as the first mover or seems to compliment larger competitors well. If the product is developed and is consistently updated to absorb newer technologies users will develop applications using it.

The Delegate Proof of Stake system is is a good model and will help Lisk build a secure network. The community, which is very active, will continue to strengthen. This will breed long term results when the project enters the user adoption stage.

Lisk cryptocurrency is not the riskiest play out there nor is it the most exciting. Many investors or traders looking for large gains may believe that Lisk has run its course. But the coin ticks the box in most categories and should continue to outperform the market. Any portfolio containing Lisk will be better for it.