In recent weeks, Iran and Venezuela have been making news concerning their efforts to establish sovereign national crypto assets that would function similarly to Bitcoin. At first glance, their undertaking might look like an appetizing venture. However, it is sure to quickly follow in the footsteps of their fiat predecessors. Without improving their economies, it does not matter what form their currency takes.

Even though there are a number positives surrounding digitizing their national currency via blockchain technology, in the end, these two countries are creating one big ‘work-around’ in trying to circumvent US sanctions and SWIFT (Society for Worldwide Interbank Financial Telecommunications). In this article, my goal is to point out that what Iran and Venezuela are undertaking is just digitizing their own inflated currencies, while avoiding their real economic problem. But first, let’s recap what the two countries are doing.

The rial, Iran’s national fiat currency, has been steadily collapsing. Since 2014, the rial has lost more than 50% of its value to the US dollar. Some have deemed its most recent 6-month trend “a classic death spiral.”

Last week, the Informatics Services Corporation (ISC) revealed Iran’s plan to fight this inflation in the form of national crypto assets. The unnamed cryptocurrency is being handled by the Central Bank of Iran, backed by the rial and developed on the Linux Hyperledger Fabric technology. 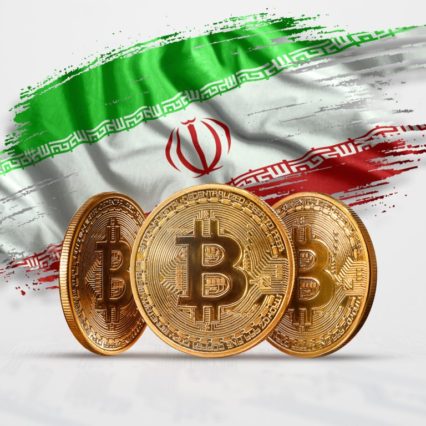 The plan consists of two phases. The first phase involves the digital rial to be used as an interbank payment mechanism. The second phase is to create a local payment medium. “The infrastructure is supposed to be as an ecosystem available for Iranian banks and active companies in cryptocurrencies area after being tested and reviewed,” IBENA reported.

Viewed in a silo, it is a bit odd for a country to develop its own crypto assets when it bars its citizens from participating in crypto-related activities. However, you don’t have to make a large leap to see that the plan is centered around combating US led economic sanctions. Utilizing blockchain technology for international payments between governments allows Iran to circumvent the SWIFT network. Thus, utilizing a blockchain network rather than SWIFT opens Iran back up to international financing.

Venezuela and their president, Nicolás Maduro, have a bit of a head-start on Iran’s national cryptocurrency. Back in December of 2017, President Maduro announced that Venezuela would introduce their national crypto asset named Petro. Maduro stated that Petro would be backed by the country’s reserves of oil, gasoline, gold and diamonds. Similar to Iran, this was a direct result of their national fiat currency at the time, the Bolivar Fuerte (which has since been replaced by the ‘Sovereign Bolivar’), being devalued by as much as 95% to the USD.

Petro, which officially launched in February of 2018, shares many of the same characteristics as its Iranian counterpart. Its controlled by the government, backed by state-owned assets, and a mechanism to access different forms of international financing. Similar to Iran, this is all being done while attempting to avoiding US sanctions as well.

To put it bluntly, these two national crypto assets are just digital forms of their inflated rial and bolivar. This will eventually catch up with the two countries. By centralizing their national crypto assets, and basing them on national assets, it just provides temporary float to further economic inflation.

The unspoken purpose behind these ventures is valid. Utilizing blockchain technology does create a work-around allowing Iran and Venezuela access to international financing, while avoiding SWIFT and US sanctions. However, by just digitizing their currency and basing it on their own economic assets does not solve the problem. Until their economies improve, it doesn’t matter if they use fiat or crypto. Inflation doesn’t care what form your currency is in.