Welcome to the Bitcoin Crypto Profile – where we share our Bitcoin analysis with you.

If you’re thinking about investing in cryptocurrency check out our other articles so you can get an understanding of which investment choices might be right for you!

What’s a Bitcoin analysis without first understanding what the platform actually does? Here we’ll dive into BTC’s use case, or in other words, the problem that it is trying to solve.

Bitcoin is the first blockchain network ever created. Bitcoin aims to be a peer-to-peer means of exchanging value that doesn’t rely on third party intermediaries. The whitepaper (link above) written by Satoshi Nakamoto explains that a decentralized ledger, encryption, and network consensus can create such a system.

It is not a coincidence that BTC was created shortly after the economic downturn of 2007 and 2008. The greed exhibited by those with large amounts of financial and political power put the economic health of the globe at risk. Bitcoin attempts to create a monetary system in which decisions are not made by people but by logic and mathematics.

Bitcoin uses a Proof of Work consensus mechanism. This means that it relies on independent parties to approve transaction by aiming their powerful computers at the network. In turn, these transaction validators receive the newly minted Bitcoin that is created over time.

Who Is In Charge of Updating The Bitcoin Protocol?

Wladimir J. van der Laan is Lead Maintainer of the Bitcoin repository and has been since April 2014. He lives and works in the Netherlands. He first got involved in the Bitcoin Core project several years earlier. His first major project was to improve and reinvent the Bitcoin Core client user interface. Granted he’s not the most professional looking guy. 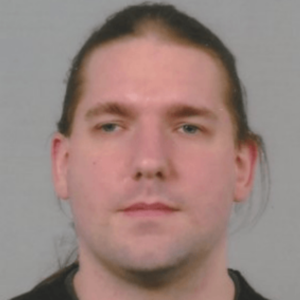 There are a large number of other development teams that work closely with Bitcoin Core to create solutions and improve the underlying technology. Bitcoin has a very active GitHub page and a wide number of developers contribute to the code.

Advisers and Other Influences

Bitcoin Core is largely funded by the MIT Media Lab’s Digital Currency Initiative. The development was funded by the Bitcoin Foundation before its near bankruptcy in 2015. MIT stepped in and hired Bitcoin Core’s main developers which kept the project alive.

Blockstream, a San Francisco based blockchain technology company is also a large financial contributor to the Bitcoin Core project. A large number of Bitcoin developers work at the company. Blockstream is currently working on an off-chain solution called the Lightning Network.

Who Are the Competitors to Bitcoin?

The following are Bitcoin’s main competitors:

What Advantages Does Bitcoin Have Over Its Competitors?

These should be considered when conducting a Bitcoin analysis:

Is There A Chance That Bitcoin Won’t Succeed?

Understanding risks associated with the project is an important part of this Bitcoin analysis. It can hint at a project’s chances of ending in failure:

Wrapping Up Our Bitcoin Analysis

BTC is by far the most popular cryptocurrency in the world but weaknesses do exist. The way decision making power is distributed within the Bitcoin network gives the platform a lack of direction at times, which the multiple network forks this year clearly demonstrate.

Our analysis shows that the mining concentration is well distributed. However, that does not mean that the bigger mining groups lack influence. These miners have an enormous amount of power in directing the development of BTC. It would be difficult to push a protocol change that is likely to hurt the mining community. This amounts to a decentralized network in which the decision making power is semi-centralized and this could strangle innovation.

Lastly, the current conflict with Bitcoin Cash should cause a bit of damage. At the center of the hostilities lies a very valid question: what is the best way to scale the network and make sure it can be used by the masses? Bitcoin Core is relying on off-chain solutions that have yet to be completely tested. It’s reluctance to increase block sizes could potentially stunt the growth of the network. If a time comes when increasing the block size is the only option it will only further legitimize the Bitcoin Cash project.

Did you like our Bitcoin analysis? Make sure to follow our social media platforms so you don’t miss out on our other cryptocurrency reviews!