Welcome to the Monero Coin Profile – where you can learn more about one of the top privacy coins available.

Bitcoin, Ethereum, and other cryptocurrencies have transparent blockchain networks. Users can transact in a psuedo-anonymous way. Linking an identity with a public address contained on the network is not difficult if you have the right tools.

The Monero coin is different – it uses the Cryptonight PoW algorithm and this helps create a blockchain network that keeps user transactions anonymous. Receiving addresses, sending addresses, and transaction amounts are not visible on the public ledger. However, behind the scenes this information is being mathematically approved just like on any other blockchain network.

Monero asserts that this type of system improves the fungibility of the coin. Fungibility means that every unit of currency is equal in value to all other units. In a system in which all transactions are concealed it is impossible to assign greater (or lesser) value to one coin over another coin.

For example,what if we tracked down a particular Bitcoin that was once held by the creator of Bitcoin, Satoshi Nakamoto? We could potentially track coins like this because the BTC ledger is transparent. It’s possible consumers would assign more value to this type of coin over others. In this case Bitcoin would not be a fungible currency.

The core team is lead by seven individuals, only two of which have decided to reveal their true identities. The bulk of the development is done by a variety of individuals who volunteer their time to help make the project stronger.

According to Cryptocompare the project currently has 6,400 Code Repository points. This places it in the middle of the pack when compared to its competitors. 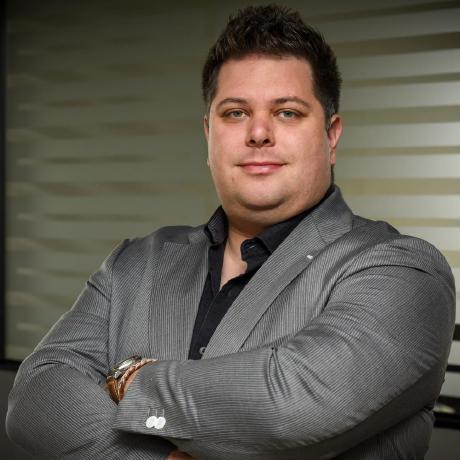 The Lead Maintainer for Monero coin is Riccardo Spagni, also known as “fluffypony” in the crypto space. He got involved in cryptocurrency around 2011 when he started tinkering with the Bitcoin code. He started helping out on a few projects in a variety of different ways until he landed on Monero in May 2014. From there he helped drive some major development in the code. He doesn’t add too much to the code any longer, as can be seen on his Github profile. You can access his profile by clicking here.

The other known member of the team is Francisco Cabanas. An older gentlemen, Francisco is more focused on the business and community development side if things. He holds a PhD in Physics so he’s no totally clueless when it comes to science and technology.

He started researching and investing in cryptocurrencies in 2011. He is focusing on understanding the economic, social, regulatory and long-term viability aspects of cryptocurrencies like Monero.

Does Monero Have Any Partners?

Monero has found it challenging to link up with established businesses because it focuses on anonymity. However, that has not stopped it from forging a number of  promising partnerships.

Spagni and Charlie Lee, the founder of Litecoin, have worked closely and have hinted at a potential partnership together. Charlie has long hinted that he desires some form of anonymity on the Litecoin network. A series of tweets earlier this year helped drive partnership rumors even harder. Note, at this time this partnership is pure speculation (but what isn’t in crypto these days?).

This is one of the first times that Monero coin users can purchase consumer goods using their coin and this is a big step forward for the currency.

Who Is Monero Competing With?

Any Riks Associated With Investing In Monero?

Is Monero A Strong Cryptocurrency Asset?

Monero is one of the most successful anonymity coins out there right now. When you use Monero you know that your information is not available for all to see. This will help Monero gain more popularity within the communities that desire anonymous cryptocurrencies.

The community surrounding Monero is strong. The developer community is very active in improving the software client and the project has a large following on major social media websites like Reddit. This is important – driven communities are better than any advertisement campaign could possibly be.

However, there are some concerns here. The network trends when compared to competitors are disappointing, especially the transaction fee growth over the last six months. Anonymity is great but if it costs a user significantly more to transact using Monero than he or she might choose a different option.

Regulation looms large as well. In a world that is becoming more and more financially transparent anonymity coins might find it difficult to break through. Governments might not be able to ban cryptos like Monero but governments can make it more difficult for them to integrate into the economy.

Monero is the most technologically advanced privacy coin. But as an investor you have to decide if anonymity driven cryptos will be a major force in this space moving forward. If you believe they will be then Monero is a great investment option for you.