Labeled “The People’s Coin”, Vertcoin focuses on ensuring that peer to peer cryptocurrencies stay decentralized. The development team has set out to accomplish Bitcoin’s original mission and eliminate centralization to give power back to the users.

Over the years the Bitcoin network has become more centralized due to application specific integrated circuits (ASICs). These are computers that are made with one purpose in mind – solving the network’s consensus algorithm.

There are several problems with ASICs. First, it allows the creators of the computers to hold a large portion of the approval power on the network. Secondly, small time miners (like individuals) are closed out of the market because it is very expensive to buy the necessary equipment. This results in a network that is not as secure.

Vertcoin is able to avoid ASIC domination by what is called “forking”. The network is able to switch to a new algorithm if ASICs are introduced. The team and the community have forked the network several times to combat ASIC mining equipment. This proves their commitment to this effort.

In addition, VTC  has been working on this technological development called atomic swaps. Atomic swaps allow users to trade cryptocurrencies directly between two blockchains. Using atomic swaps allows users to avoid exchanges when trading their crypto. This results in lower transaction fees because there is one set of fees being shared between two parties. Transaction speed would also vastly improve.

VTC already has atomic swap capabilities with Litecoin. Think of it like making change for your VTC or LTC. Soon this capability will exist with Bitcoin and this opens up a whole new realm of possibilities for Vertcoin. 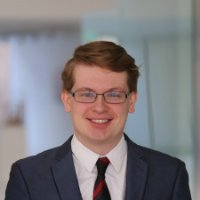 James Lovejoy is the current lead developer of the project. He has been coding since he was ten years old. He is currently an undergraduate student at MIT. He is an undergraduate researcher within the Digital Currency Initiative at the school and is making a lot of connections in the industry. There are a variety of cryptocurrency projects that are being developed on the MIT campus. This includes the Lightning Network project. Vertcoin plans to be heavily involved with Bitcoin and the Lightning Network moving forward.

James also has a very active GitHub page. This shows that James is committed to the project and is working on making improvements consistently.

There are a large number of smaller developers that are working on this project. Vertcoin is truly open sourced and relies on a large number of people making small contributions over time. It is important to remember that everyone on the team is a volunteer and are being paid out of the donated funds contributed by the community.

But if this is all volunteer work for the team, what happens if a salary paying job comes along? Developers have left before in search of bigger and better things. However, new developers are constantly joining up and moving the project forward.

Developing a not-for-profit business structure is a top goal for the team at the current time. This would be a big step in the right direction as this would aid the project in keeping top level talent.

Vertcoin is implementing a variety of different features that will allow it to work closely with Bitcoin and Litecoin in the future. Bitcoin and Litecoin are much larger projects and will set the direction in terms of innovation and implementation. It is vital that the Vertcoin team continue to leverage the knowledge and intellectual property that these two teams are creating.

By activating SegWit the Vertcoin team opens themselves up to implementing additional second-layer solutions. Lightning Network is on the horizon and Vertcoin plans to be heavily involved in its deployment. If the Lightning Network is successful then the partnerships it has with BTC and LTC will become even more important.

There are a variety of projects that are in competition with Vertcoin. The following are major competitors:

The Vertcoin cryptocurrency transaction movement has been all over the place over the life of the coin. If we look at this year specifically we can see that there was a large spike in the transaction amount in October and mid December.

Removing those outliers we see that Vertcoin has remained relatively stable until recently on a transaction per day basis. Not a serious down trend.

Hashrate has increased by close to 100 times in the last year which is a fantastic sign. This means that more miners are mining Vertcoin. They are mining VTC because they are confident in its long term prospects.

Hashrates were higher in December because the price was close to $10 at the time. More miners approved transactions on the network because it was more profitable to do so.

Mining distribution is very centralized at the moment because there are not a lot of pools in which you can mine Vertcoin. As more pools are established the mining distribution will improve. At the current moment the network might not be as secure due to concentration of computing power in particular pools.

Is Vertcoin Cryptocurrency A Good Buy?

Vertcoin is a coin for the little guy. It’s the coin for the person that believes in the ideology of a decentralized network. The team has bought into the concept and the community has also. That’s why the community is so strong. There is a shared purpose there besides “mooning” and this is exactly why it just might carry a higher price tag at the end of the year.

Vertcoin has set the platform up for success by positioning the crypto as a partner of Litecoin and Bitcoin. If Lightning Network is launched successfully Vertcoin may be used as a medium to get from Litecoin to Bitcoin via atomic swaps.

Competitors are out there but none of them can claim the ability to perform an atomic swap with Litecoin yet. If Vertcoin can corner this activity and get ahead of its competitors we can see VTC making some major moves.

Vertcoin has the possibility to pop but it is reliant on one major technological breakthrough in Lightning Network. If it comes to fruition VTC holders will be some happy campers.